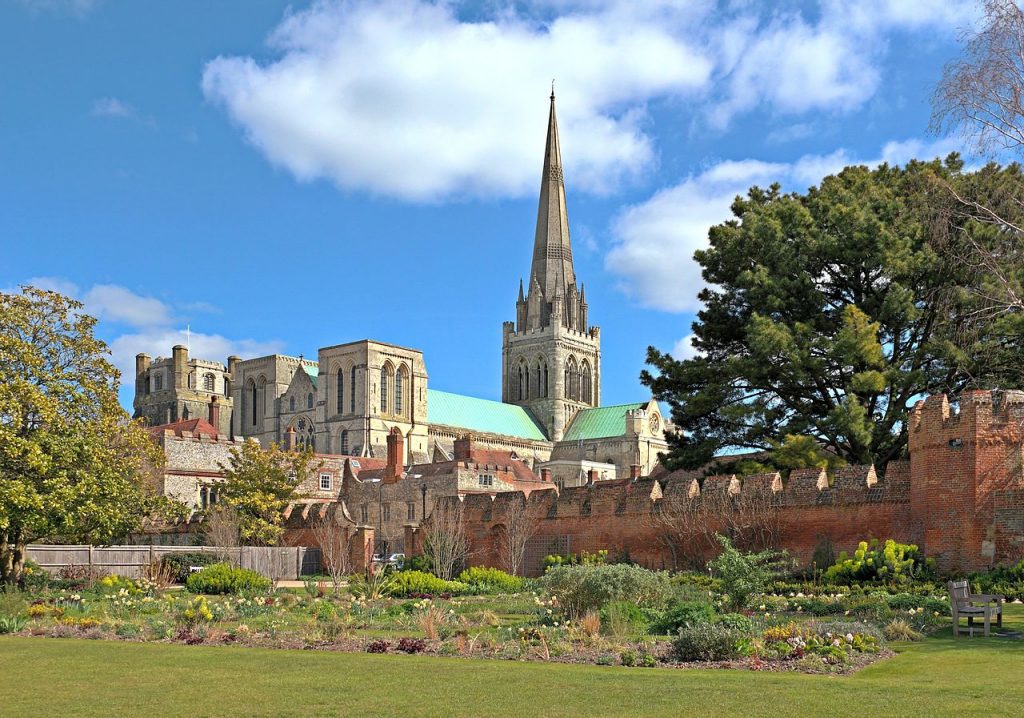 We were recently contacted by a client in Chichester, West Sussex who found us online when looking for a company to provide a bat survey to help with their planning application. Our client wanted to renovate their property by adding skylights to the main building and converting some outbuildings into living space.

This is just one of many bat surveys we have carried out in Chichester and surrounding areas including Bognor Regis, Portsmouth, Worthing and Brighton. Chichester is the only city in West Sussex and is located on the River Lavant. The South Downs are nearby and provide plenty of opportunity for outdoor pursuits. Chichester has more sunshine than most parts of the UK and generally has mild winters and cool summers.

Our bat expert from Chichester is Natalie Evans, a very experienced surveyor who specialises in bats as well as other species including birds and great crested newts. Natalie has been at Arbtech for years now, having first started off working as a sub-contractor for us before becoming a full-time member of the team. Although Natalie lives in Chichester she covers areas all over Sussex and sometimes even further afield if the need arises!

Our client had already had a scoping bat survey carried out by another company prior to instructing us which showed that further survey work was required because the development had a high potential for a bat roost. This was because of raised roof tiles on the main building which would have given the opportunity for bats to roost there. Whenever a ‘scoping’ bat survey is carried out and it shows that a potential bat roost is present or that there is evidence of bat activity, a bat emergence survey will be required.

What is a bat emergence survey?

An emergence survey is a more detailed survey than the initial scoping survey. It needs to be done between May and September because this is when bats can be frequently seen going to and from their roosts at dusk and dawn. An emergence survey usually requires multiple visits and more than 1 surveyor in order to observe all the areas where bats may be active. As you can imagine, this survey is also more expensive than a scoping survey, usually starting at around £799.

Natalie managed a small team of bat surveyors during the emergence surveys. 3 Separate visits were necessary for this project and the visits were done in August and September. On each visit to the site, Natalie and the team recorded a significant amount of bat activity. On the first day, common pipistrelle bats were seen emerging from the eaves on the northern elevation of the building. A Leisler’s bat was seen feeding in the garden and a brown long eared bat and a serotine bat were seen passing through the area. On another area of the site, more common pipistrelle bats were seen emerging from a ridge behind the chimney.

On the follow up surveys, spaced nearly 1 month apart, similar activity was recorded by all the species previously identified. Following on from the surveys, Natalie prepared a report with everything she had recorded clearly explained. The report concluded that the development would have an impact on bat roosts and Natalie recommended that works could be carried out on the site during summer months under a European Protected Species Licence once granted from Natural England. Natalie also made recommendations for the erection of bat boxes to provide an alternative roost for the bats.

What is a European Protected Species Licence?

A European Protected Species Licence is a licence granted by Natural England which grants the holder permission to carry out work that would otherwise be a criminal offence. This licence can be granted if you can demonstrate that the work is unavoidable or in the public interest. A licence can be applied for by using an ecologist to write a method statement that explains what will be done to minimise detrimental effects on the species.

Arbtech have in house expertise in obtaining EPSL’s for our clients and we have completed over 150 licence applications since 2012, with all of them being a success. This case was no different and following our licence application our client was granted a licence, enabling them to go ahead with their development.

Natalie is an senior ecologist, masters graduate and Natural England licenced bat worker. Natalie worked at Arbtech for over a year as a sub-contractor and for a short while before that, as a trainee/intern, before being selected from over fifty applicants for a full-time role, doing the job she loves, on the testimony of her work quality from several of her now colleagues.