A Preliminary Roost Assessment (PRA) had previously been carried out on the building in 2018 by a separate company which found some evidence of bat roosting within the loft space and roof structure of the building. New Forest District Council requested an update bat survey to inform the planning application as the previous findings and conclusions did not satisfy the Council’s planning department.

The site was in a rural area of Christchurch within the New Forest National Park. As well as being within the National Park conservation area, there were nearby Priority Habitats including ancient woodland and floodplain grazing marsh, which are important habitats for bats. Linear features such as tree lines and hedgerows provided ideal commuting routes between nearby habitats and the development site. 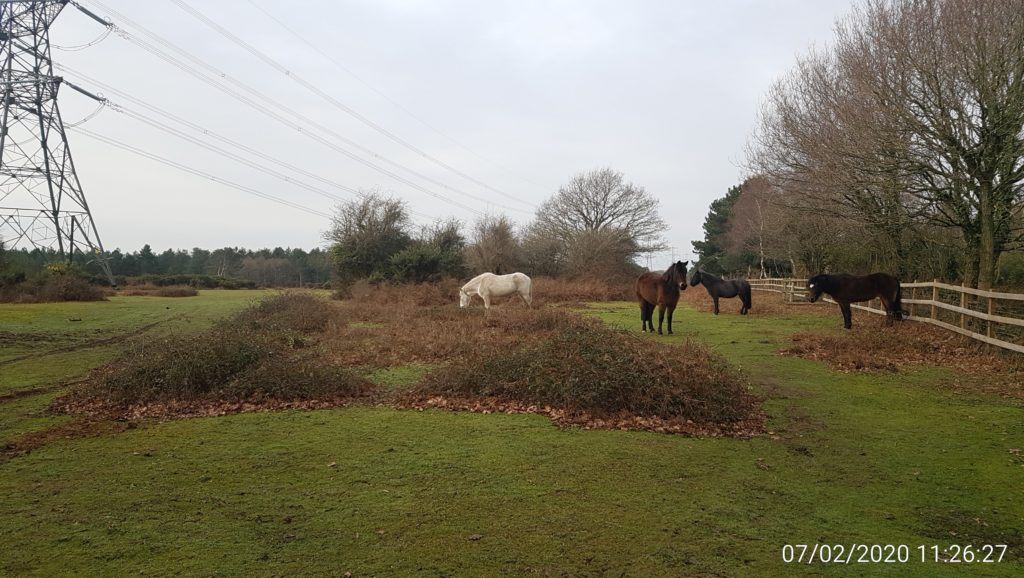 The surveyor performed an internal and external assessment of the building that was to be demolished. This involved entering any accessible loft spaces to search for evidence of bat activity, such as bat droppings or feeding remains. The external inspection of the building involved a visual assessment of the roof structure and external features that bats could use, such as gaps in roof tiles and damaged soffits.

Despite the findings of the previous PRA survey carried out by a separate ecological consultancy, no new evidence of bat activity was found during the survey carried out by Arbtech. External roosting features, including roof damage and raised roof tiles, provided excellent roosting habitat for crevice dwelling bat species such as soprano pipistrelle Pipistrellus pygmaeus bats.

Further Bat Emergence and Re-entry Survey or BERS are required when bat evidence is found during a PRA or when a building or tree is assessed as having the potential to support roosting bats. BERS are carried out during summer months either at dawn or dusk with surveyors positioned around the outside of a building or tree. Surveyors record the species of bat observed and their activity to determine where bats are roosting.

The surveys were carried out across June and July and in favourable weather conditions. Although bats were seen foraging in the garden areas as well as commuting along the adjacent road, no bats entered or emerged from the survey building.

Although the previous PRA survey carried out by a separate consultancy found evidence of bat roosting, the PRA and subsequent BERS carried out by Arbtech found a likely absence of bat roosting. Bats may have once roosted in the building in previous years and have since vacated the roost. This could be due to better roosting sites becoming available or simply that the bat had aged and died.

The Arbtech survey reports contained sufficient evidence to inform the planning process with regard to bat protection. Bat enhancements were recommended which consisted of bat boxes installed into the fabric of the new dwelling during construction to provide permanent bat roosting habitat.

You can receive a free same-day quotation for your development by contacting us through the form on our website or calling our head office on 01244 661170.

As well as ecological surveys (including bat, badger and great crested newt), we also carry out arboricultural and topographical surveys.

Joe is one of our ecologists based on the south coast of England. He undertakes a variety of ecological surveys including bat, reptile and great crested newt surveys, as well as the preliminary ecological appraisal. Joe holds a Natural England licence for great crested newts and bats. Prior to his full-time, permanent employment at Arbtech he sub-contracted to us for several years as a lead surveyor.