Arbtech were called out to carry out a Preliminary Roost Assessment (PRA) in the Billingshurst area after Chichester District Council planning department requested the bat survey last minute. The application was for a rear two storey extension. The applicants were not expecting this and already had their contractors booked in to start the work in the coming weeks. 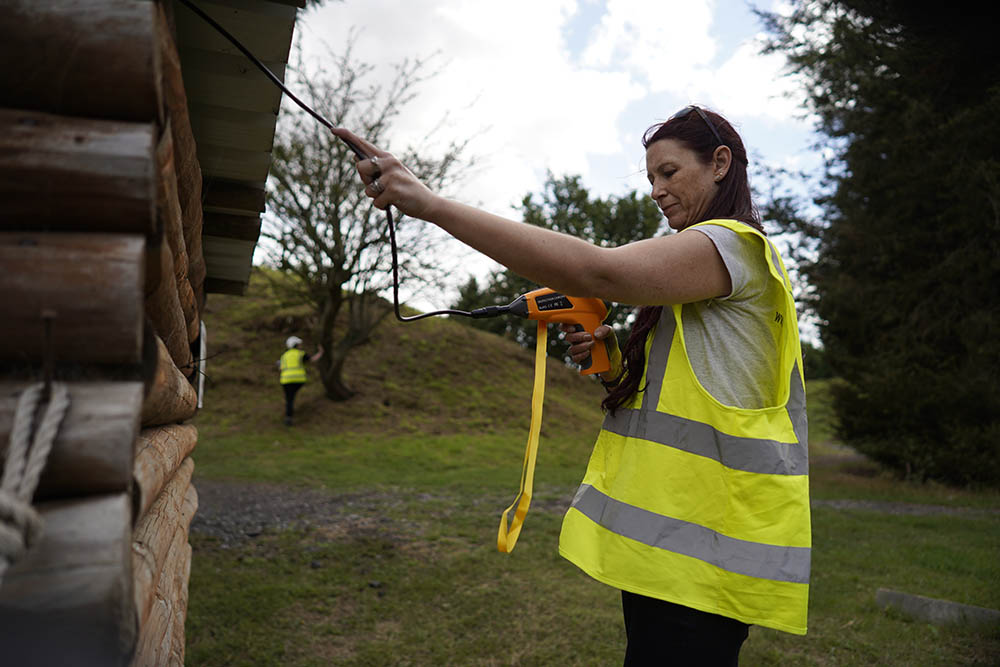 On visiting the site, it was confirmed that the loft void was unsuitable for bats, and no evidence of bats was found internally or externally. However, a PRA does not just look for evidence of bats, the surveyor also needs to assign a habitat value to the building based on the suitability of the features on the building for roosting bats, and the quality of the surrounding habitat. This is because it is difficult if not impossible to find evidence of some our most common bat species, as droppings are located within inaccessible crevices around the outside of buildings, such as gaps under roof tiles or on wall tops.

The building in question has two raised roof tiles at the rear of the property where the extension was going to be built into the roof. Raised roof tiles provide suitable habitat for crevice dwelling bats, therefore further survey or investigation was required. On further investigation through conversation with the owner and observing the roof from a distance, it became clear that one of the roof tiles was occupied by a pair of nesting house sparrows, and the other had been damaged during the replacement of the drainpipe less than a year ago.

The assessment was made that the building has a low-negligible habitat value and that ‘there is a likely-absence of bat roosts under the roof tiles where the extension will be added due to the presence of nesting birds on the right, and the fact that the raised roof tiles next to the pipe have only been there for around a year.

This means that any bats in the local area may not have had the time to find this yet. As a result, in this case it is not considered proportionate to recommend further dusk and dawn survey work, and a deviation from best practice is justifiable.’ A precautionary working method statement was recommended whereby the roof tiles would be checked by a licenced ecologist with an endoscope prior to and during removal.

If any evidence of bat use was found, then the work would cease, and a full suite of dusk emergence and dawn re-entry surveys would be required followed by a European protected species mitigation licence.

This approach was found to be acceptable by Chichester District Council Planning Department and planning consent was granted less than a week later. Our client in Billingshurst has been advised that no roof work can be undertaken until the house sparrow nest is no longer in use.

Natalie is an ecologist, masters graduate and Natural England licenced bat worker. Natalie worked at Arbtech for over a year as a sub-contractor and for a short while before that, as a trainee/intern, before being selected from over fifty applicants for a full-time role, doing the job she loves, on the testimony of her work quality from several of her now colleagues.