Our client in Pwllheli asked us for a bat emergence survey in order for their project, which involved converting a chapel into a residential unit to go ahead. 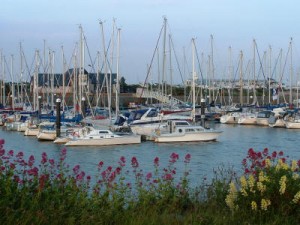 Our client had already had an preliminary roost assessment carried out by Arbtech which confirmed that bats were present on the development. This type of survey is the most basic kind of survey that can be done at any time of year. If this survey confirms the presence of bats then a bat emergence survey will be required.

As with all our projects, we started off by providing a detailed quote to our client that explains everything they need to know about bat emergence surveys. We always make sure we explain things clearly with as little technical jargon as possible. Once the client had read and understood our quote, they gave us the go ahead and we scheduled in our survey.

Amy Stanley was our bat expert for this project. Amy has worked for Arbtech for many years, working as a key member of our back office administration team before moving on to become a licenced surveyor. Amy often conducts surveys all over the North West of England and many parts of Wales including Gwynedd.

Amy made a number of separate visits to the site in order to carry out the emergence survey. For this phase she was also accompanied by some colleagues who were able to watch other areas of the site where bat activity had been noted. This meant that Amy had to make fewer individual visits to the site and the survey could be done quicker.

During the survey, Amy made use of a wide range of tools during a detailed inspection of both internal and external areas of the property including a torch, ladders, binoculars and sample bags. Amy also made use of a broadband bat detector. This is a device that allows us to hear a bats echolocation call that is usually inaudible to the human ear.

Whilst conducting a bat emergence survey, Amy had these objectives:

After a thorough investigation, Amy was able to provide more detail on the type of bat activity on the site. Amy and the other surveyors made notes about the species of bats found on the site and the kind of activity that was taking place. Amy collected all the relevant information to and produced a detailed report for the client explaining all the findings clearly.

The key findings of the survey were that bat roosts on the development were confirmed and that the development would affect the bats roost. We made a number of recommendations that would allow the development to go ahead without having a negative impact on the bats. These measures included:

The client was able to use our report to help prepare an application for a European Protected Species licence and they were very happy with the speed and efficiency of our service from start to finish.

Amy ‘efficiency’ Stanley is part of the HQ team at Arbtech. Having studied geography at Chester University, Amy wanted to progress her career in a discipline related to environmental science and applied to Arbtech on the back of a recommendation from a flood risk engineer!

Chester, Wrexham and the North West