Arbtech were recently approached to help a client based in Taunton, Somerset with a development they had planned. Our client wanted to demolish a number of small buildings on their farm and erect a large steel framed building in their place. Taunton Deane Council had recommended to our client that an initial bat survey should be done, so they so they looked online for a company who could provide a quote and found us! 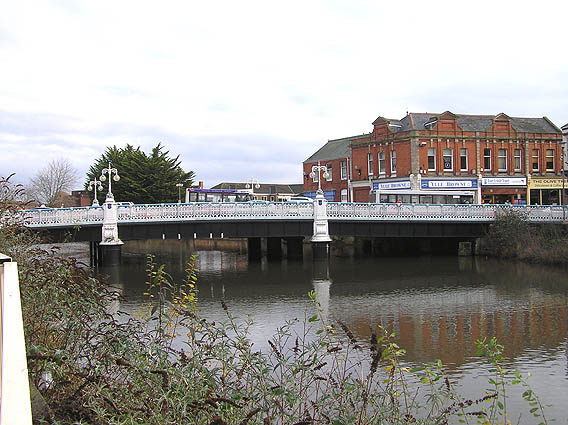 Taunton is based in Somerset and is considered to have some of the most beautiful areas in the West Country including the Quantock Hills, the Blackdowns and many meadows and woodlands. Taunton has excellent transport links and is well connected to other major towns and cities including Bath, Weston-Super-Mare, Minehead, Bridgewater and Glastonbury.

Even though it’s transport links have helped the town develop economically, Taunton has has still managed to keep it’s beauty and rural charm. Wherever you are in the area, you’re never too far away from some beautiful countryside.

Our surveyor on this project was Simon Pidgeon. Simon is our bat expert in the Somerset area and carries out many bat surveys all around the West Country. Simon used to be a Thames Valley Police Constable but jumped at the chance of becoming an Arbtech consultant when the opportunity arose due to his passion for nature.

If evidence is found during this survey, or if roost suitability is significant, then another survey would be required by the local planning authority to progress your planning application.

On site, Simon found physical evidence of bat roosting, so he recommended a further survey – the bat emergence survey, to characterize the roost. This type of survey would determine the species, population, and use of the roost (temporary, maternity, etc). An emergence bat survey is done at dusk and/or dawn, generally between the months of May and September.

Simon spoke to the client about his findings and explained why another survey is required. Whilst no client wants to hear that further survey effort is required, complying with the best practice guidelines can save considerable hassle further down the track – indeed, non-compliance is likely to guarantee your planning application is refused.

Also, if bats were found roosting during the demolition works itself, the entire project would have to stop and a full range of surveys would need to be carried out. If this happened outside of the seasonal window for surveys, it could delay the project by a up to year! Finally, Simon reassured the client that even if bats were roosting in the property, provided the correct survey work has been undertaken, we can draft a mitigation plan, which would allow the project to go ahead regardless.

At the client’s request, Simon sent a quote for the phase 2 survey. This quote explained everything that would be done, and provided an all-inclusive, fixed fee, with no hidden extras. Our client was happy to proceed, and sent back our survey booking form along with her request to get to work as soon as possible – speed was of the essence! Most emergence surveys need more than one person to complete them (2 or 3 is very common; more if the site is particularly large of complex).

This is so that surveyors can observe all elevations of the building simultaneously for bat activity, and make sure that nothing is missed. The goal of this survey is to observe bats emerging from their roosts at dusk or dawn in order to feed; collecting data on populations, species, and characterizing the use of the roost.

This information is used to inform the design and scope of mitigation (if any), which your local planning authority demand in order to reach a favorable planning decision. You can read more about phase 2 bat surveys on this page: Arbtech bat emergence surveys.

The phase 2 survey showed that bats were not actually using the site for roosting, and were only flying in the vicinity of the building.

Simon shared his findings with the client in a plain-English report, enabling the client to move forward with their development with no further cost or delay. The demolition of the old buildings is currently under way, and the project is due for completion at the end of 2016. The client was so pleased she even offered to provide some bat boxes as enhancements around the property to encourage the bats to stick around.

Simon covers the south west of England, and south Wales. If you’d like to talk to Simon about how protected species might impact on your planning application, get in touch today.

Simon is an experienced ecological consultant covering a wide range of areas in the South West of England.