Arbtech were contacted by a client who needed a preliminary ecological appraisal (PEA) including preliminary roost assessment (PRA) on their house and garden. This was requested by the South Downs National Park Authority when they submitted their planning application.

This is a common request and will ensure that any risks to protected species and habitats are identified and avoided where possible. Where impacts cannot be avoided, reccomendations for further surveys and mitigation may be required.

The development proposal was for a demolition and rebuild of the existing dwelling.

Binstead is a small rural village near Arundel, West Sussex. The village is within the South Downs National Park and is surrounded by an assortment of habitats that provide valuable homes and resources for protected species. This includes large areas of ancient woodland which is of particular value for bats. 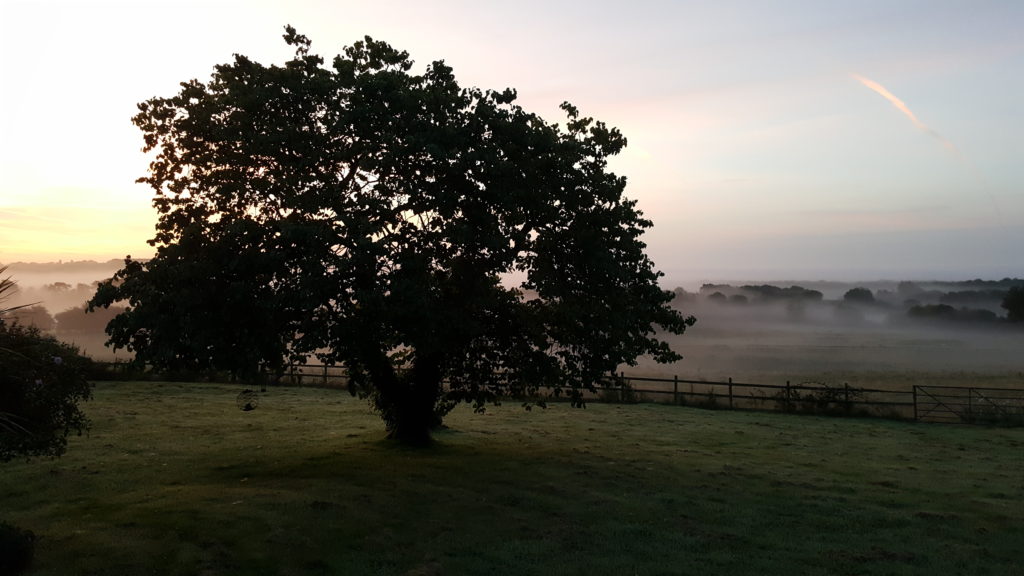 The PRA and PEA were undertaken in August during a daytime visit.

The building was systematically checked for signs of bat use and suitable roosting features following Bat Conservation Trust best practice guidelines. The internal loft voids were fully inspected, and all external features were observed from the ground using binoculars and checked with an endoscope where possible.

The garden was surveyed, and all habitats mapped using the phase 1 habitat survey methodology and codes.

It was assessed that there would be no impacts on the garden or surrounding habitats as a result of the development.

The building had evidence of bat use in the loft, where bat droppings had fallen through into the void from bats roosting under lead flashing where a sub-roof met the wall. Thousands of droppings were found, indicating a significant and long-term roost. These roost access points were observed externally in the form of raised lead flashing.

There were other features across the building that presented suitable roosting habitat for bats such as gaps in soffit boxes and under fascia boards.

The identification of bat evidence, or suitable roosting features in a building, triggers the requirement for further surveys carried out at dusk and dawn, to establish which species are present, where they are roosting and what roost types are present. These surveys need to be carried out before the planning department can approve the development.

The surveys were carried out in August and September and confirmed a day roost of common pipistrelles. Due to the large amount of evidence found internally, it is likely that the building is a historic maternity roost.

A report of the findings of the surveys and recommendations for a European protected species licence and appropriate mitigation was written and submitted to the planning department.

This concluded the ecological work that was required to inform the planning application, and consent was granted shortly thereafter.

Once planning consent had been granted and within a few months of the start of the development, Arbtech then prepared and submitted a European protected species licence application to Natural England.

This licence enables legal development of a bat roost, providing appropriate mitigation and compensation measures are implemented. This generally includes the provision of bat boxes, ecological supervision of the works to the bat roost, and new roost creation to provide like for like habitat in the new structure.

The licence was approved, and the roof structures of the building were stripped by hand under ecological supervision.

Our senior ecologist Natalie is based in West Sussex, also covering East Sussex, Hampshire and Surrey. Natalie has been part of the Arbtech team since 2013 and specialises in protected species and habitat surveys. Natalie carries out a large proportion of her work within the South Downs National Park and AONB and the surrounding areas and brings her specialist local knowledge to all of her work.