Arbtech were asked to carry out a stage 1 bat survey at a site in Heswall, following which we were then asked to carry out the follow-up bat survey. This was required by the client to support their planning application to demolish the existing residential dwelling and to build a new replacement house.

The site was situated in the town of Heswall, which is located on the Wirral, between Thurstaston and Park Gate. Heswall is a small town consisting largely of residential dwellings. The town sits on the River Dee Estuary, which has a number of designations and is an important site for a number of wetland and wading bird species. There are a number of green spaces within the town of Heswall, including The Heswall Dales and Cleaver Heath Nature Reserve. 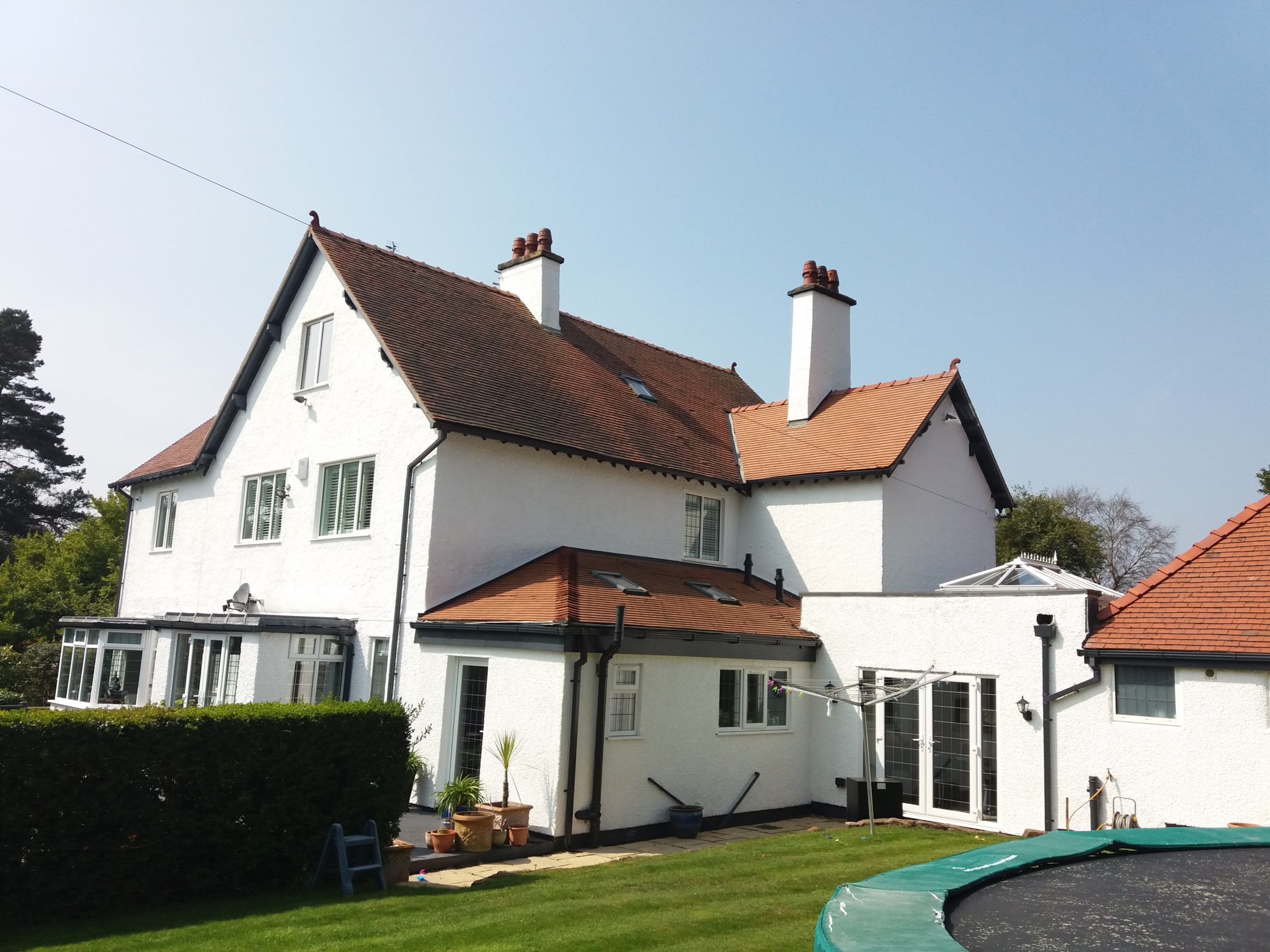 The stage 1 survey, also known as a Preliminary Roost Assessment or Bat Scoping Survey, is the initial survey to determine whether bats are likely to be present or absent from a building. Bats themselves are not often found during this stage as they tend to be tucked away in small gaps or within the actual roof structure. We can, however, look for evidence that bats are present, which includes looking for things such as bat droppings, urine and fur staining, and insect feeding remains. As well as looking for evidence we can also look for the potential for bats to be using a building. This will involve looking for features on a building that bats can use to roost, for example, a raised roof tile they can crawl under or a gap in the eaves of a building they can climb through.

Mel, an ecological consultant with Arbtech, turned up to site to carry out this stage 1 survey for the client. She conducted the necessary inspections, both inside and outside the building, looking for the above evidence and features. After carrying out the site visit she then carried out a desk study to look for nearby designated sites, priority habitats and granted European Protected Species Licences (EPSLs). She then produced a report detailing the need for further surveys and then talked this through with the client. 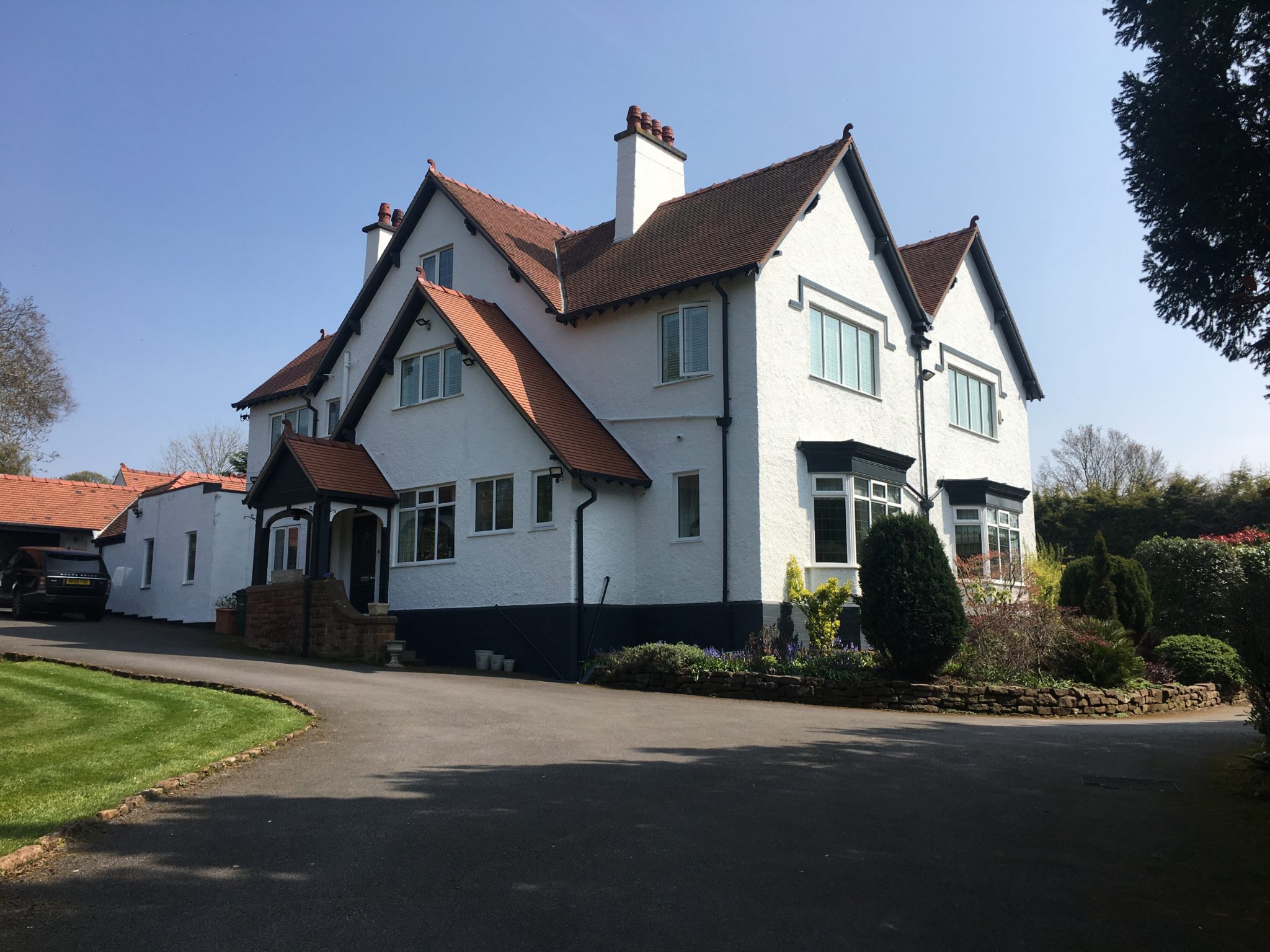 During the stage 1 survey, Mel observed some external features on the building that bats could use to roost. These included missing roof tiles creating gaps suitable enough for bats to crawl under, as well as raised lead flashing under which bats could roost. Because the proposed plans involved demolishing the building, if bats had been using these gaps then their roosts would have been destroyed, which is against the law.

To see find out whether bats were using these features to roost, stage 2 bat surveys were recommended, which are also known Bat Emergence/Re-entry Surveys or Bat Activity Surveys. These surveys involve surveyors sitting around the survey building, at either dusk or dawn (which is when the bats are most likely to be leaving/re-entering their roosts) with bat detectors and observing any bat activity. They will mostly be looking for bats entering or leaving the survey building, but they will also make a note of bat activity in the general area.

The stage 2 survey at this site concluded that there was a likely absence of bats within the building and therefore bats are unlikely to be harmed as a result of the proposed plans. The reports for both the Preliminary Roost Assessment and Bat Emergence/Re-entry Survey were written up and sent to the client swiftly. These were then submitted as part of the planning application.

If you require a bat survey on your property for your planning application please get in touch via our website for a same-day quotation.

“good professional and speedy turnaround of the report most satisfied”