Arbtech Consulting Limited was contacted by a client who needed a bat survey for a development project which involved the removal of a building’s roof in Bagshot, Surrey. The client was an experienced building developer and was aware that such a project could impact bat roosts if present.

The development proposal was for the conversion of a large office building into apartments. This included the addition of numerous dormer windows to the roof structure.

The site was located in Bagshot, which is a large village in the north-west of Surrey. As well as being located within the London Area Greenbelt, there were important wildlife conservation areas within a short distance of the site including adjacent deciduous woodland and nearby lowland heathland both of which are priority habitats and are important for bats.

Arbtech have been providing surveys in Surrey for years and it is one of the most common areas for our surveyors to visit. 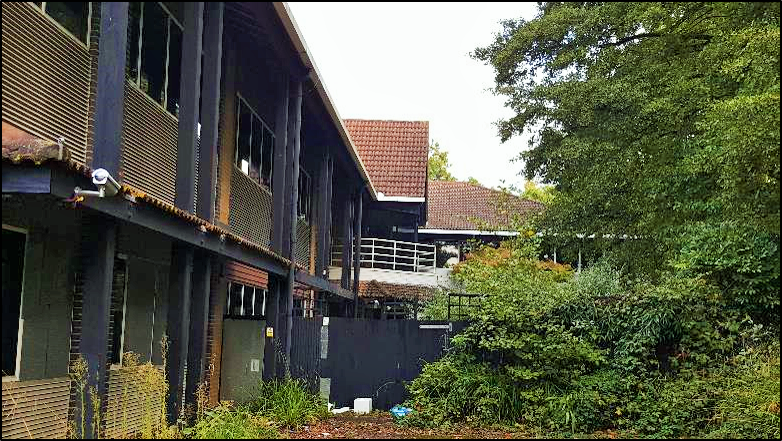 The Arbtech consultant carried out an initial survey called a Preliminary Roost Assessment (PRA) survey, which can be completed any time of year. The survey involved a physical inspection of all the internal and external areas of the building. Where possible, all roof voids are searched for evidence of bat activity as well as an external visual assessment of the building to determine the suitability of the building for bat roosting.

Externally, there were numerous features that bats could roost in. These included hanging tiles with gaps located on the sides of the building as well as gaps in the roof tiles. There were bat droppings located around the hanging tiles which indicted that bats were roosting externally. 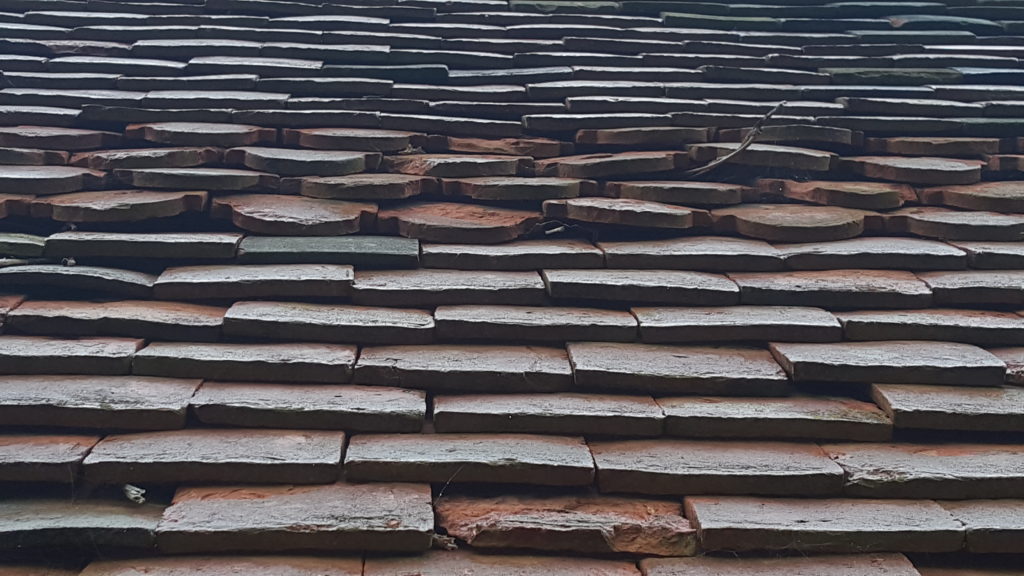 Due to the presence of bat roosts on the outside of the building, further bat surveys were required to characterise the roosts as well as to see what impacts the proposed development would have on the roosts. Bat emergence and re-entry surveys can be completed during summer and involve surveyors positioned around the outside of a building or tree, at dawn or at dusk, observing the noted features. Bat detectors are used to identify bat species from their echolocation calls.

During the surveys the surveyors’ record bat emergences from the building or re-entries as well as the species, numbers and other behaviours which help to determine the type of bat roosts present. The bat flight paths are also recorded to ascertain how the bats use the site in general. This can indicate important commuting routes which may need to be protected.

The report was submitted to the Council following the completion of the surveys. This specified the requirement for a European Protected Species Mitigation Licence (EPSML). No additional survey work relating to bat ecology was needed at this point for the Council to approve the planning application.

Due to there being small numbers of common bat species roosting in the building, a Bat Mitigation Class Licence (BMCL) could be applied for. BMCLs are appropriate when a development affects low conservation value roosts of common bats species. This type of licence can be applied for and granted significantly more quickly than a standard EPSML, with licences being granted as soon as two weeks after the application is submitted to Natural England.

The client has recently been granted planning permission for the development and can now apply for the bat licence. Once the licence has been granted the roof strip will be able to commence. Specific sections of the roof will be carefully stripped by hand under ecological supervision. Any bats found during the roof strip will be relocated to a bat box on a nearby tree by the supervising ecologist.

Bat boxes will be installed either on trees or integrated within the fabric of the building to compensate for the loss of the bat roosts.