Arbtech Consulting Ltd. was contacted by a client who needed an ecology survey for their small-scale development at a site in Bransgore in the New Forest. The Local Planning Authority, New Forest District Council, requested an ecological assessment of the site to identify any risks to protected species such as bats and birds.

The proposed development was for the demolition of the existing bungalow and garage and a replacement dwelling and garage.

Bransgore is a village in the New Forest District of Hampshire, England. The village lies on the border of the New Forest National Park, which is a nature conservation area and is afforded the highest level of landscape protection. Priority Habitats were located within close distance to the site and included areas of ancient woodland which are known to support various nationally protected species. Small country roads, treelines and hedgerows provided commuting routes for bats between the site and nearby woodland.

The Arbtech consultant attended the site in January 2020 to carry out a Preliminary Ecological Appraisal (PEA) and Preliminary Roost Assessment (PRA) survey on the site, bungalow and garage. Prior to attending the site, the consultant carried out a desk study which involved analysing publicly accessible information on online resources such as MAGIC map and looked at aerial imagery. Information on nearby nature conservation areas and records of protected species were used to inform the physical element of the survey.

The PRA element of the survey involved an internal and external inspection of the buildings on-site to search for evidence of bat activity, such as bat droppings and feeding remains. Where possible, internal loft spaces were searched. The exterior of the building was inspected for signs of bat activity as well as for features that bats could use including damaged sections of roof and raised roof tiles.

The PEA element of the survey involved an assessment of the habitats on site, which involved a walkover survey of the land. The surveyor noted all habitats and their extent including trees, hedgerows and overgrown grassland. These habitats are later assessed for their suitability to support protected species. Plant species and their abundance was recorded for each habitat.

In addition to the habitats on site, the surveyor also noted habitats which fall within the zone of influence of the proposed development, for example, nearby ancient woodland or ponds. These may not be present on site but could support protected species such as great crested newts which are could commute across the site during development. 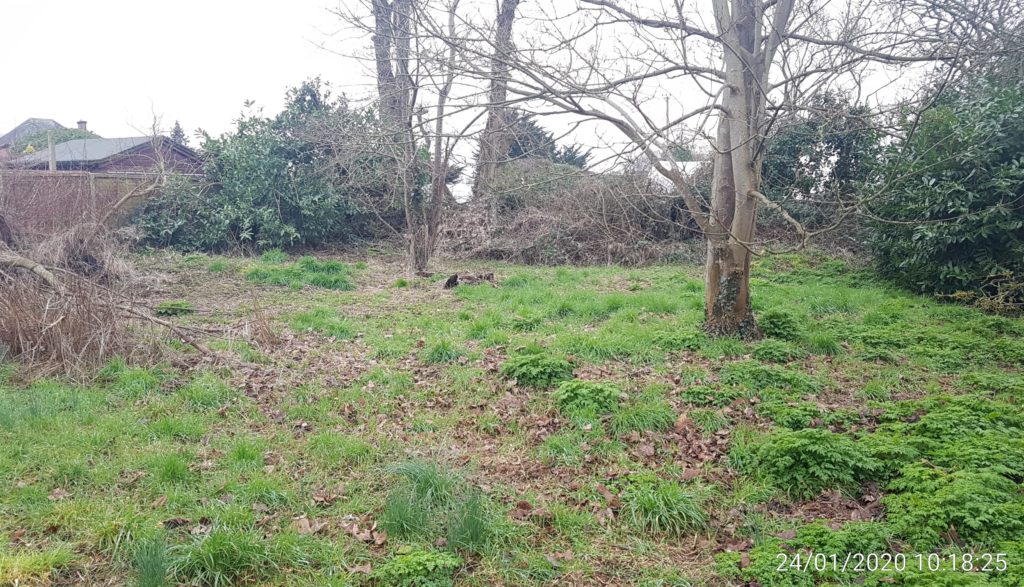 The buildings on-site appeared to be in good condition, with no external features or damaged sections that bats or birds could enter. Because bats are able to enter gaps as small as 13mm wide, any small gap on a building could be a bat roost. There were no gaps in the roofs of the buildings that bats could roost in or use to enter the loft spaces.

The PEA element of the survey revealed that the habitats on site were of limited ecological value. The front and rear garden areas were mainly grassland with common grass species and some areas with weeds. Hedgerows and trees lined the site boundary and these provided some suitable habitat for birds and insects.

There were no nearby ponds that could support amphibians or other protected species. Therefore, the risk of great crested newts or common amphibians being present on-site during the proposed works was negligible.

The proposed development would have a negligible impact on ecological receptors. Therefore, no further surveys were required. The Arbtech survey report was sufficient to inform the planning process with regard to any likely ecological impacts.

To protect any nesting birds in the trees and hedgerows on site, it was recommended that the development work commenced outside of the breeding bird period (March to August, inclusive). If this timeframe could not be avoided, a nesting bird check would need to be performed immediately prior to the works commencing. All active nests would then need to be retained until the young have fledged from the nest.

Terrestrial mammals such as hedgehogs and badgers can become trapped in building excavation works. Although no evidence of these species was found during the survey, standing advice was provided to minimise the risk of animals becoming trapped and injured.