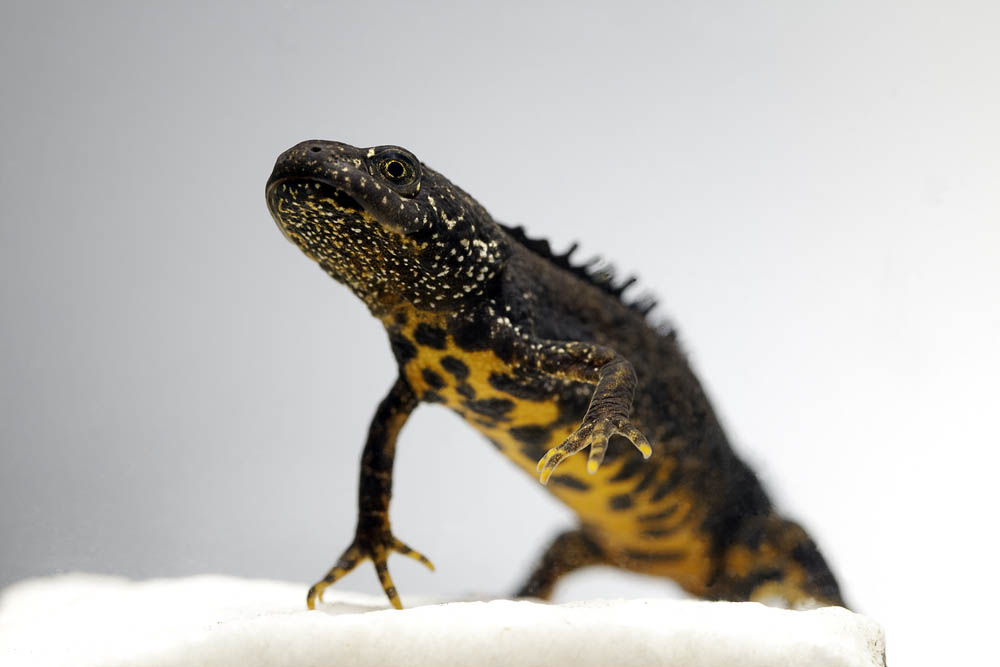 Having submitted a planning application for a new dwelling, our client was asked by the local planning authority, which in this case was the South Downs National Park, to provide further information regarding great crested newts as there was a pond adjacent to the development area.

Arbtech advised that a Habitat Suitability Index survey would first be required to assess the pond for its potential to support great crested newts.

Haslemere is a market town in Surrey, also bordering Sussex and Hampshire. The local landscape includes the South Downs National Park which provides a mixture of chalk hills and ancient woodland.

A HSI survey involves a physical inspection of the pond and a desk study of the local area.

The HSI is broken down into ten elements which are given a numerical value based on their quality or value for great crested newts. These include pond size, water quality and the presence of fish and waterfowl.

These values are inputted into a spreadsheet which calculates a final number indicating the overall suitability of the pond. This runs from <0.5 being poor, to 0.8> being excellent.

Based on the HSI score and the surveyor’s knowledge and expertise, an assessment is then made as to whether further surveys will be required based on the potential risk to GCN and their habitat.

The site in question was surrounded by ancient woodland which is high value habitat for GCN as well as many other protected species.

The site had a sloped rock garden to the east of the pond that provided refugia and hibernacula for amphibians. The garden in which the pond was located had grassland with scattered shrubs and young trees. This all provides good terrestrial habitat for GCN.

The pond itself however was very small (<10m2) with steep sides. There was very little emergent vegetation on which GCN could lay their eggs. This lowered the overall probability of GCN occuring on site.

In this case it was determined that the pond had below average suitability and that the risk of breaching legislation was low enough to not require further investigation.

It was recommended that a great crested newt mitigation plan be written to ensure protection of all amphibians during the works.

When risk to great crested newts is suitably low, it is acceptable to avoid surveys and licencing by creating a non-licence mitigation plan which will prevent any breaches of legislation occurring, and provide a safe environment for animals during the works and habitat for them long-term.

For this project, amongst other requirements, phased clearance of the vegetation on site under ecological supervision was recommended, with the caveat that if GCN were found on site at any point during the works then all activity would cease until a European protected species mitigation licence had been obtained.

It was also specified that additional log or rubble piles be added on site to provide additional refugia for amphibians and other wildlife.