Arbtech was commissioned by a client based in Southampton to undertake a site walkover, Habitats Regulations Assessment (HRA) Screening and a report to support an Appropriate Assessment (AA) with regards to a proposed development for a small jetty.

This was requested by Fareham Borough council as the site lies within and adjacent to European designated sites.

HRA is required under the EU Habitats Directive (92/43/EEC)1 for any proposed plan or project which may have a significant effect on one or more European sites.

The purpose of HRA is to determine whether or not there are any likely significant effects (LSEs) on the integrity of any European site and, where LSE are identified, to provide mitigation measures to avoid, reduce or off-set the effects.

To inform the HRA screening and report to support AA, a walkover of the site needed to be carried out as no previous ecological survey work had been done. This provided a baseline assessment of the site and the development area. It also identified the designated sites that would need to be addressed in the HRA screening.

The survey area was a garden leading down to a mature tree line. Beyond the tree line was scrub leading to reedbeds and then the River Hamble. 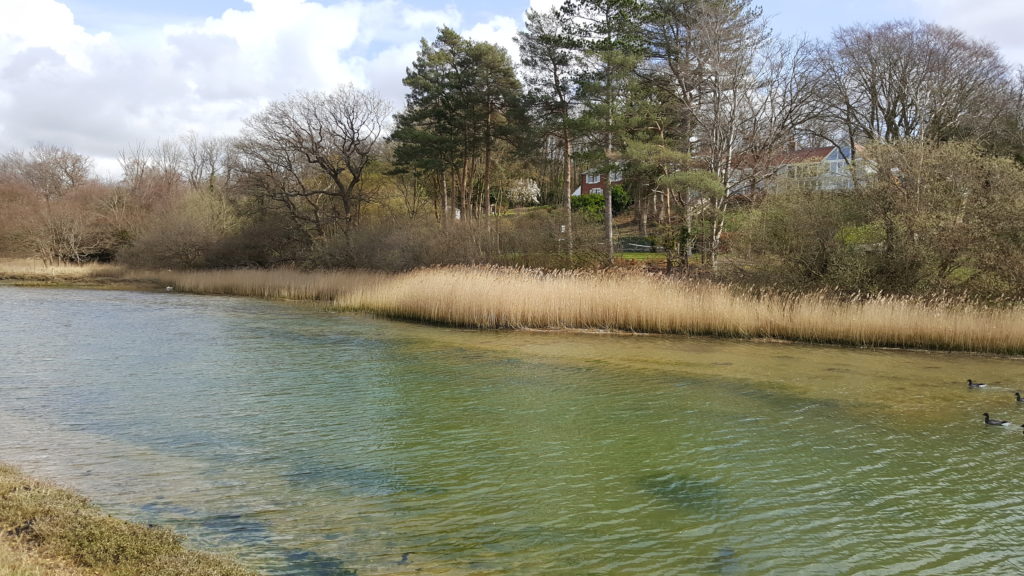 This report provides details of all European sites that could potentially be impacted by the development. It includes a breakdown of the site’s features, reasons for designation and conservation objectives.

The HRA screening identified potential risk pathways in the form of loss of associated habitat, water pollution, noise pollution and recreational disturbance. This then triggered the next stage of the HRA which is an Appropriate Assessment which is carried out by the competent authority, in this case Fareham Borough Council.

Report to support the Appropriate Assessment

An Appropriate Assessment was being carried out by Fareham Borough Council with consultation from Natural England. As a result of these consultations it had been determined that there were no expected impacts on the site from direct habitat loss or shading, but that an increase in recreational pressure could impact the bird populations present.

To assist the council in the AA, Arbtech were asked to produce a report that collated bird data.

The analysis of the data suggested that bird populations were relatively stable and had not suffered significant effects from the increase in recreational pressure in the area.

As the development proposal was so small in scale and its effects would be immeasurably small, even in combination with other developments, the report advised that any impacts could be offset by a financial contribution to assist with the management and maintenance of the designated sites.

Our senior ecologist Natalie is based in West Sussex, also covering East Sussex, Hampshire and Surrey. Natalie has been part of the Arbtech team since 2013 and specialises in protected species and habitat surveys.