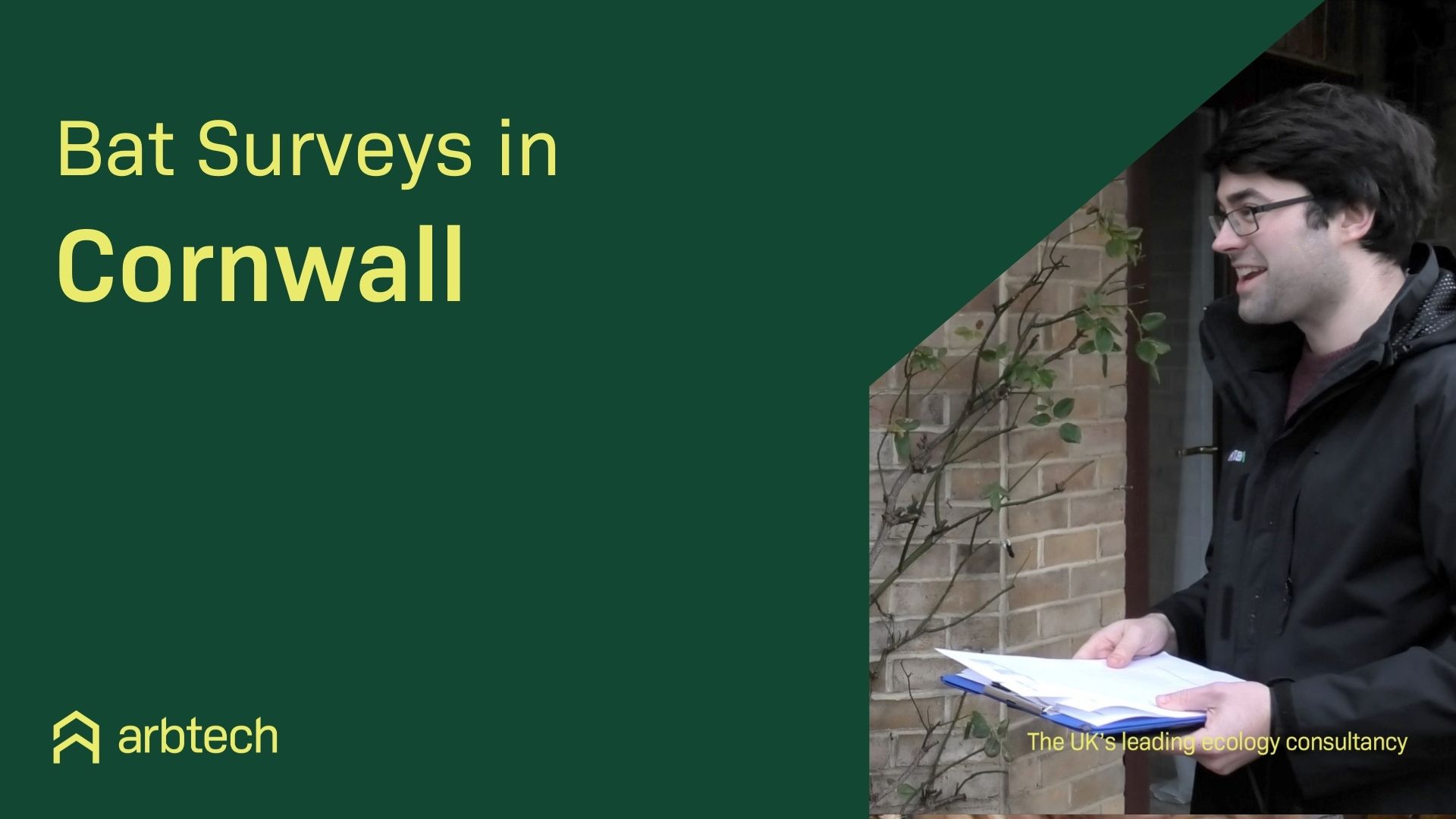 Home to Falmouth, Newquay, Redruth, St Austell and Truro, Cornwall is a county in South West England. Recognised as predominantly rural, it has an impressive majority ratio of natural assets over man-made urban features, with just over 92% of Cornwall classed as green.

Considering the sheer surplus of rural areas across Cornwall, it comes as no surprise that many of the most notable attractions are situated in the countryside, such as Barbara Hepworth Museum and Sculpture Garden, Fistral Path, Lanhydrock House and Garden, Pendennis Castle, St Nectan’s Glen, Tintagel Castle and Truro Cathedral.

Cornwall stands as a shining example that it is possible for sections of the UK to retain a high standard of biodiversity. However, for land developers, an emphasis on protecting natural areas can be an obstacle during planning projects, particularly if a European protected species is present on the site. Under UK legislation, causing harm or even simply disturbing protected species such as bats is a criminal offence, and if it is reasonable to assume that bats could be inhabiting a property, a bat survey will be needed to ensure that the project can continue without putting them in any form of danger.

Bat Protection and Conservation in Cornwall

Across the UK, certain bat groups ensure that bats in the corresponding local areas are correctly protected. While the Bat Conservation Trust serves the entirety of the country, bats in Cornwall have a more focused level of protection from the Cornwall Bat Group.

Originally set up in 1983, the Cornwall Bat Group was formed to develop a better understanding of bats and the specific species in the county and bring exposure to bat roosts that were being disturbed and destroyed in an effort to minimise future damage. As Cornwall bats commonly roost underground in old mine workings, the group carries out a monitoring exercise every summer. Cornwall Bat Group also holds regular meetings and produces extensive newsletters to inform residents about appropriate ways to deal with bats if they are spotted on plots of land within the Cornwall area.

Unfortunately, the Cornwall Bat Group does not have a website. However, if you want more information about the work they do or want to speak to them directly, you can visit the CBG Facebook page.

In any development project where bats are present or evidence suggests that they could be, a bat survey will be required as a condition that will enable the developer to gain planning permission from the local planning authority. There are several different types of bat survey, with a Preliminary Roost Assessment (PRA) and Bat Emergence and Re-Entry Survey (BERS) being the two most common. A PRA would need to be undertaken first as it consists of the early checks to determine if there are in fact bats on the site.

Following a brief desk study, the bulk of a Preliminary Roost Assessment will involve a licensed ecologist inspecting the site for indications of bat occupation. If they are suitably happy that no bats are on the site, no additional assessments will be needed and an application for planning consent can go ahead without any further surveys. If, however, the ecologist finds evidence of bats present or potential for bats to roost on the site, the developer will need to book a Bat Emergence Survey.

While a PRA can be staged at any time in the year, a Bat Emergence Survey can only be conducted outside of hibernation between March and October. During an Emergence Survey, one or several professional ecologists will carry out an internal and external inspection of the property to monitor potential access points, record bats entering and exiting the site, and determine present bat species and numbers.

Following completion of both surveys, a bat survey report will be developed by the bat ecologist with effective recommendations on how best to progress the development despite the presence of bats or, ideally, confirm that no bats are occupying the property. Regardless of the outcome, this report can be submitted to the local authority to strengthen the application for planning permission.

Reach Out to Arbtech

Situated in numerous locations across the country, our licensed ecologists are prepared to conduct a Cornwall bat survey or an assessment in any neighbouring area, as well as practically any other towns and cities throughout the UK. For a free quote, get in touch with our friendly team and we will be able to issue you with an accurate quote determined by the specifications of your project and site.

Call us, message us over social media, or if you want to see all of our communication options, visit our ‘Contact Us‘ page. Then, if you are happy with the quote we send you and want to proceed, we can schedule an appropriate date and time to visit your site and get your project through planning.