Arbtech were contacted by a local couple who had been asked for a bat survey as part of their development plans for converting a grade 2 listed farmhouse. The farmhouse had been left derelict for a number of years and the plans were to renovate the building back into a habitable condition. As part of the proposed plans, the roof had to be repaired which could have potentially affected any bats present. Therefore the clients instructed Arbtech to help them to avoid harm coming to any bats.

The first stage of the process was to carry out a preliminary roost assessment of the farmhouse. This involves an ecologist coming to site and looking for any evidence of bats within and around the building, as well as assessing the building for its potential for roosting bats. This means looking for any features that bats could use to gain access or to roost under.

Our consultant, Mel, met the client on-site, and after having introduced herself, she started off by carrying out the internal inspection. This involved going up into the loft space. Due to the poor condition of the roof structure and lack of boarding it was not safe for Mel to do a complete internal survey of the loft space. After advising this to the client she then headed outside to carry out an external inspection of the building.

After completing her inspection, Mel then talked the client through the outcome of the survey, which was that the building had a high potential for roosting bats and therefore further surveys would be required to determine bat presence or likely-absence. As the building had high potential three further surveys would be required, which are known as bat emergence/re-entry surveys. 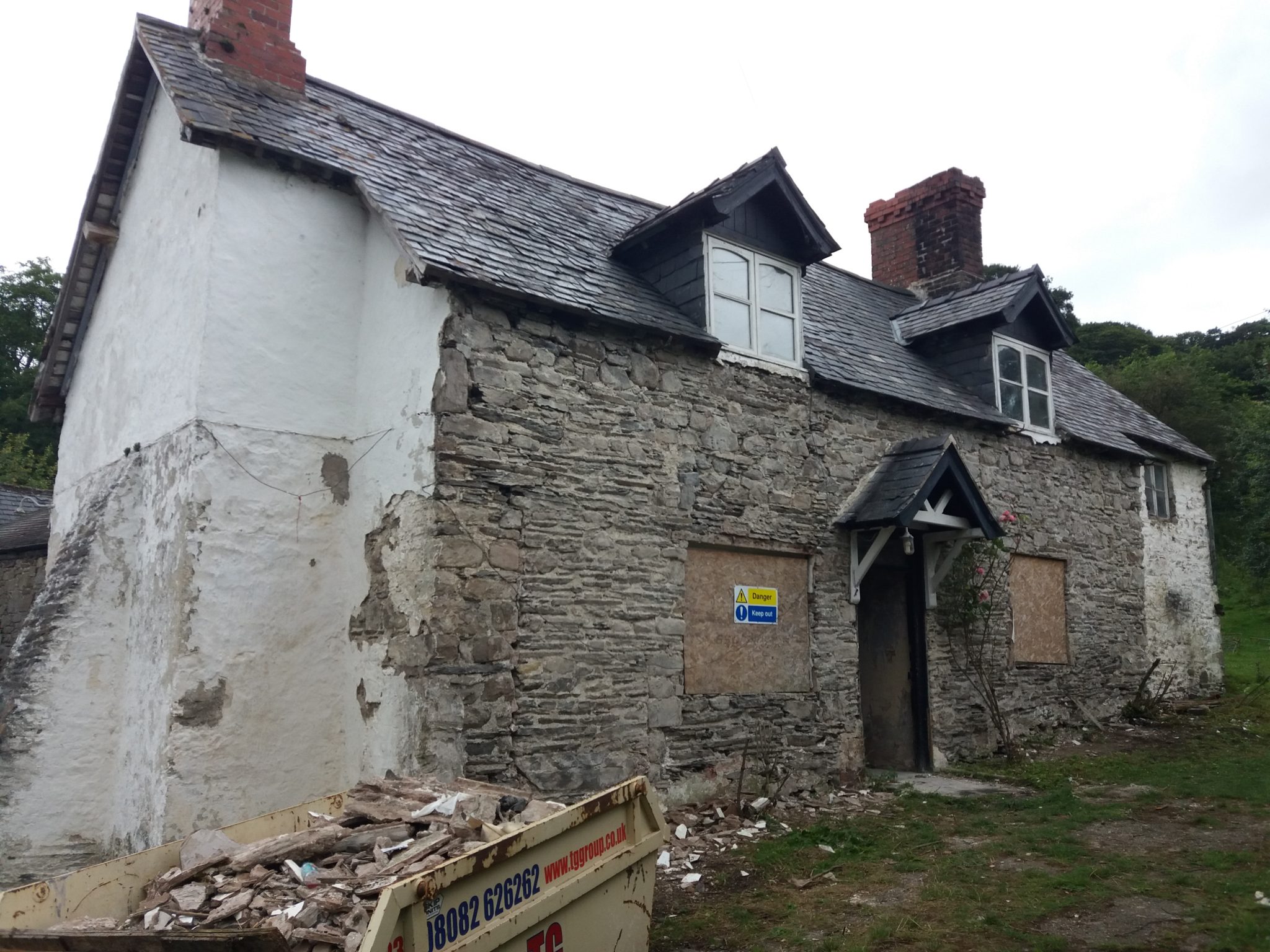 These surveys are carried out at the dusk and dawn, when the bats are more likely to be leaving and entering their roosting locations, making them more detectable. These surveys involve surveyors sitting around the building at either dusk or dawn, armed with bat detectors and torches, and observing any bat activity. Primarily the surveyors will be looking for any bats leaving or entering the survey building, but they will also make a note of bat activity in the general area for example foraging or commuting bats.

Mel, and her team of bat surveyors, carried out two dusk surveys and one dawn survey. These surveys were carried out in the summer months when bats are active and were spaced two weeks apart as per national survey guidelines. To make this process easier for the client, Mel made an arrangement to gain access without the client having to meet them on site. At Arbtech we will always try to make arrangements most suitable to your needs.

As a result of the bat emergence/re-entry surveys, three day roosts of soprano pipistrelle bats were found on site, two of which were located within the farmhouse and would therefore be affected by the proposed developments. Soprano pipistrelles, along with the closely related common pipistrelles, are the most common and widespread species of bat in the UK. Their populations have been in decline over the past few decades, partly due to the fact that they rely on agricultural buildings which are often subject to conversions resulting in them becoming less suitable for the species.

After having carried out the bat emergence/re-entry surveys the client was then ready to apply for their licence from Natural Resource Wales (NRW) which would allow them to proceed with the works lawfully. Applying for a licence can be a lengthy and complicated process, and must be completed by a suitability qualified ecologist. Being an experienced and well-established ecological consultancy were able to produce this licence application for our client.

As part of the licence process, a method statement and works schedule must be produced which outlines mitigation and compensation measures to ensure no bats are harmed during the proposed works and that compensatory roost provisions are provided. One of Arbtech’s highly qualified and experienced ecologists completed and submitted this licence on behalf of client. This was shortly granted by NRW and the works went ahead. 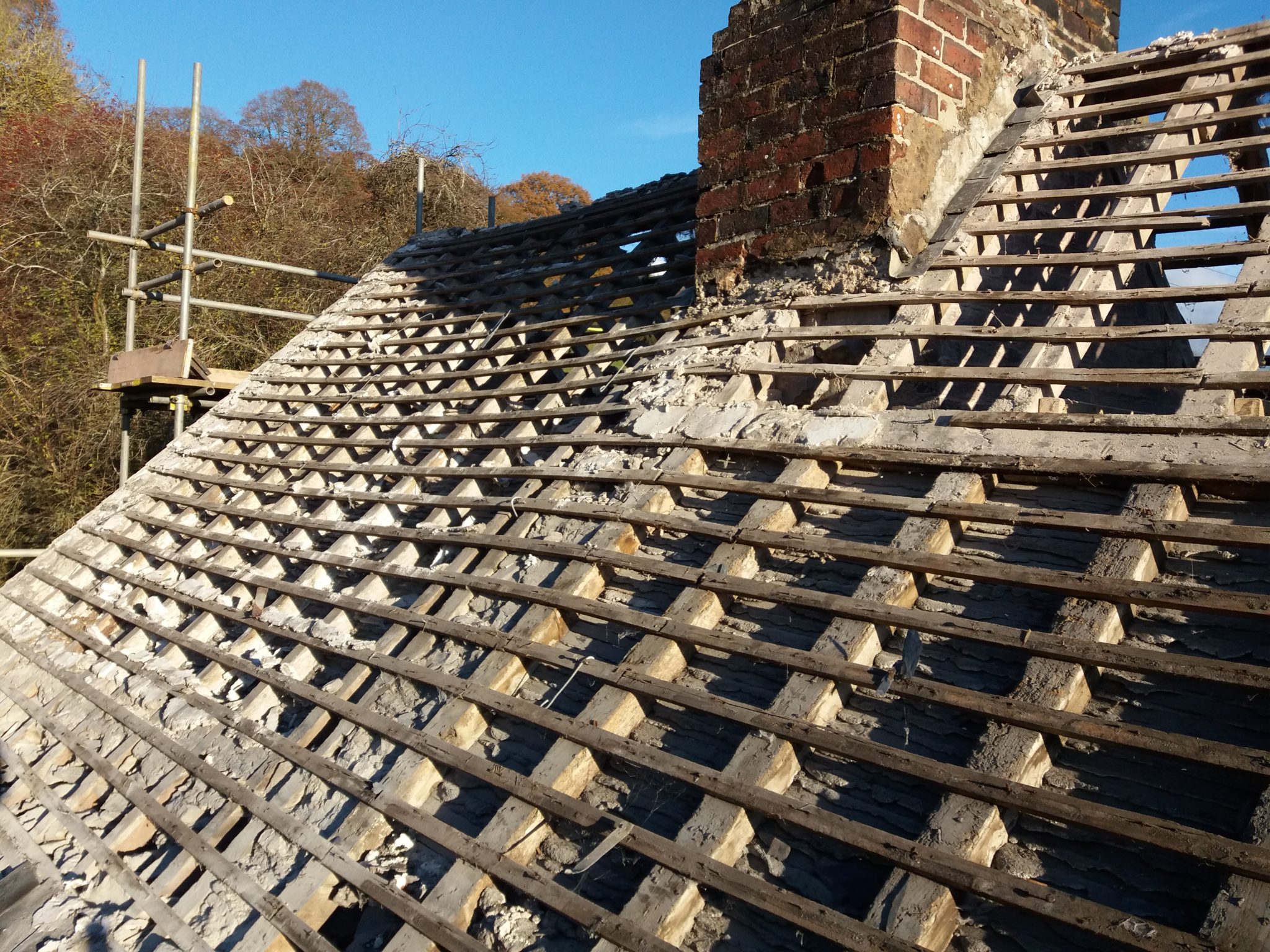 As part of the method statement produced for the licence it was stipulated that the stripping of the roof must be done under the supervision of an ecologist. This is a common requirement for a licence as it allows any bats found during the works to be safely removed by the ecologist and placed in a bat box. Mel attended site the supervision of the roost stripping. No bats were found on this occasion most likely due to the time of the year the work was carried out, November, as most bats will be hibernating at this point in the year. The building was then re-roofed and the conversion works can now proceed with no harm having been done to bats.

Bat surveys and licensing can be a complicated and overwhelming process, however due our experience at Arbtech we are able to guide our clients through every step of the process. If you require assistance on your project please do get in touch via our website or head office on 01244 661170.