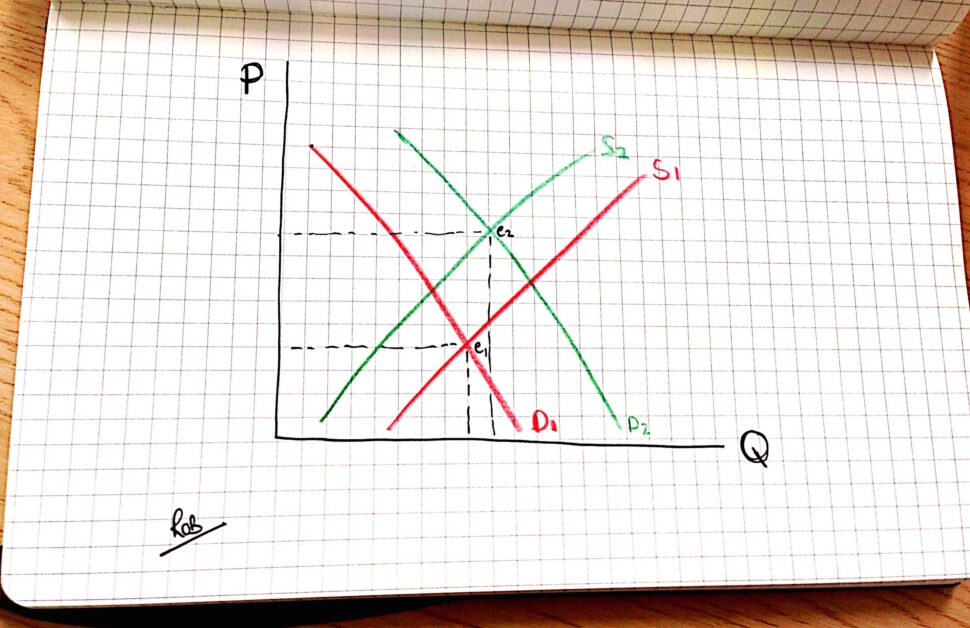 I originally intended for this blog to be well researched, insightful sector report about housebuilding.

However, the deeper I delved into data produced by e.g. the Office for National Statistics, the Bank of England, even opinions from thought leaders such as economists at Rightmove, Nationwide and Halifax (all of whom produce a house price index) the more alarmed I became. Eventually it became clear that I couldn’t simply present what I consider is effectively the early warning signs of a(nother) housing bubble, in such a benign format, as is typical for sector reports. In consequence, this has evolved into a presentation of my arguments for augmenting the Help to Buy scheme amongst one or two other things. All views expressed are my own.

Between 2011 and early 2013, house building activity has quietly but assuredly picked up. Recently though, activity has veritably skyrocketed. In my view, this is in no small part owing to four factors:

Naturally, the performance of the FTSE listed and major private house builders in this environment has benefitted from the compounding of an improving macroeconomic outlook, and the confluence of flattering fiscal and monetary policy.

My somewhat selfish interest in the housing market is fairly straightforward: as the managing director at Arbtech, a company that itself is shackled to the construction industry and shares the highs and lows of its recurrent booms and boosts, the thesis that the UK is (again) fueling a bubble is sobering in the extreme.

How important are the housebuilders?

Construction accounts for somewhere between 6% and 7% of the economy, depending on who you listen to. With that in mind, I argue that it is not inconceivable that much of the dynamisms driving the housing market, helping to temporarily avoid another correction prop up house prices and so the economy, particularly in London, can be attributed to so-called expectancy bias – a forward looking derivative of confirmation bias if you like. In other words: we want it to happen, so it does.

What does this mean for housebuilders?

I believe that among the hundreds of house builders, a few stand-out as well positioned to take advantage of the southeast’s overcooked rosy market outlook; especially those with significant exposure to London and whose gearing (level of indebtedness relative to equity) during the crisis did not prevent them from buying up quality strategic land. Naming names, companies such as Bellway plc and Redrow plc have noteworthy southeast exposure – in both cases in excess of 50% – and if the market continues to bubble gain throughout this year and next, could provide their shareholders with that holy grail of investing: the hockey stick stock chart. However, that cheap land bank isn’t going to last forever. At some point, input costs such as labour, materials and land (supply) will catch up with the housebuilders and margins will come under pressure.

“While construction industry growth eased in April, the growth figure was still ‘very strong’ adding the sector looked ‘well positioned for much improved expansion in the second quarter’.”

All very well, but forecasting prosperity 12 weeks into the future is hardly cause for celebration and not nearly as difficult as answering the tough questions about the UK housing market and economy in consequence, necessary for managers in businesses to make judgment calls that may play out over a 12, 24 or 36 month horizon.

The Office for National Statistics reports that in January 2014 house prices reached a new high, a full 3.6% over their 2007 peak. Predictably, London skews the national average for inflation of house prices, with the capital delivering growth of almost 18% compared with the same period last year. Furthermore, with the Bank of England expected to hold rates at 0.5% for the foreseeable future, at least until sometime in 2015 and probably post-general election, the tide is certainly appears to be rising.

Despite this, while I don’t believe in ‘timing the market’ (because you should be buying for the long run), I am bearish on property in London, believing that house prices in the capital have reached the point where it is almost inconceivable not to have an almighty correction at some point. I recently visited a friend who lives in Maida Vale, which is a truly lovely part of the world, but also a place where £1.74m buys a 3 bed flat on the lower-ground floor (estate agent speak for underground with no natural sunlight in most rooms).  And there’s streets upon streets upon streets of them. Supporting this view, is a recent statement reported in the Financial Times by Lord Lamont, the former conservative Chancellor, who warns that:

I read that as: ‘Help to Buy is useful, but not in London, and the £600k limit is too high.’ It seems Lord Lamont and I are in good company: Simon Rubinsohn, chief economist at the RICS is very concerned with the lack of supply and rising house prices, citing it as a “critical issue”:

“Our number suggest that the picture is, if anything, getting worse.”

As if that needing further cementing, in 2013 The Grosvenor Group, which benefits mainly from the Duke’s Mayfair and Belgravia holdings, sold £240m of residential property and used to proceeds to re invest elsewhere, because of fears of overvaluation.

My personal view is ‘buyer beware’. Things look great right now. Low interest rates and government schemes are helping people at the bottom of the ladder climb the first rung. Every politician is sound biting one metric or another that is reported to be heading north. But, every bubble starts somewhere. And for all their insistence that the good times are rolling, the FT recently reported that a poll of 249 MPs showed almost half think the government’s extension of the Help to Buy scheme through 2020 “would cause a bubble.” As Lord Lawson, another former Chancellor, rightly argues: pumping up demand by improving access to funding can clearly boost prices. Equally, if supply, which grows much more slowly, struggles to catch up, then this fails to act as the brake and pushes prices even higher.

Here’s my back of a fag-packet (I don’t smoke, but I do wonder what some London-based estate agents are smoking..) overly-simplified-but-it’ll-do-P/Q-chart-illustration:

Demand and supply: a P/Q chart

So what can we see here?

If we look at E1, we see the supply curve (S1) intersect the demand curve (D1). Let’s assume this is a functional normal current housing market. Then what happens is the government and Bank of England work in unison; through Help to Buy, pressure on banks (especially Lloyds and RBS) to lend and low interest rates, increase access to the housing market, pushing up demand. The demand curve moves to D2. You can now see that where D2 intersects S1, the equilibrium (price) has risen. That’s probably where we’re at today.

The risk is that* something happens to constrict supply further (I’m picking things out of thin air here)… massive flooding causing a re-rating of flood risk zones, more complex planning regulations bottle-necking supply, housebuilders running low on cheap land banked 3-5 years ago and have to start buying more expensive land (that itself will increase in value to match house prices), etc. In this scenario, the supply curve moves left along the Q axis (S2) to intersect D2 at E2; a now much higher price.

*And this assumes no change in demand – hardly something to be banked on!

While you can no doubt guess I think it is happening right now, I don’t know for sure that there is a bubble, and even if I did, I don’t know when or if it will burst. What I do know if that history shows time and again, that when the shit hits the fan, very few people ever see it coming.

So what’s the take home lesson? Don’t stand in front of the fan.

Does it worry you that half of all new mortgages are for 25 years? Do you think planning red tape is slowing the supply of new homes? Have you got a view on the Help to Buy scheme and the situation with house prices in London? I’d love to get your thoughts on these and any other topics I have talked about in this post, so please feel free to comment below or share this with friends and followers.