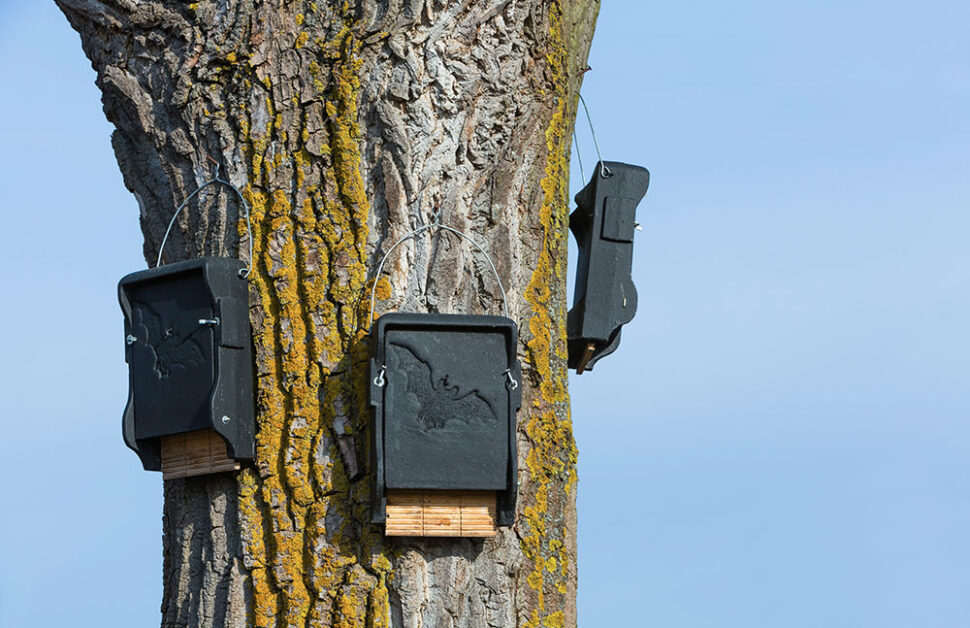 This article has been authored as a simple, easy to read guide about bat mitigation and its role in securing you a planning consent. It’s aimed at first timers and homeowners, though equally it will prove a useful resource for development professionals alike.

These are extremely cost-effective forms of mitigation, with bat boxes costing from £25 each and bat tubes from around £70 each. With the mitigation in place e.g. your roof can be stripped – or trees worked on – under the expert supervision of a licensed bat worker. Job done.

Sometimes though, mitigation can be more complex. An occasional roost used by a single male pipistrelle can look simple by comparison to e.g. mitigating for a maternity colony of brown long eared Plecotus auritus bats. A bigger species, the brown long eared or ‘BLE’ require space to ‘warm-up’ before emerging, so favour roosting habitat such as lofts and roof voids, where it can do this.

Mitigation here could take the form of a bat attic! A two metre by up to six metre void which is sealed off and insulated from disturbances is more appropriate for this species, and simple measures like bat boxes and bat tubes would not be well received by either planning authorities or licensing bodies, such as Natural England.

Of course, all of this requires an expert knowledge of the species ecology of each type of bat, which is precisely why surveys are conducted and their results interpreted by licence holders, such as those at Arbtech.

All of our bat consultant’s reports contain detailed information to support the identification of a species, so affording clients the advanced knowledge of what mitigation is appropriate, enabling you to better plan for unforeseen costs and or delays to your programme.

This is crucial to you, as bat mitigation can normally only be undertaken in the periods that avoid times of year when bats are particularly vulnerable, such as during the hibernation and breeding seasons; November through April and May through June inclusive. (Though that is not to say you can only ever implement mitigation outside of those times!)

However, the reality for many planning applicants whose development will result in the destruction of a roost e.g. by demolition of your property, is that in all such cases an EPSL is required, to avoid engaging the Habitats Regulations 2010 and so committing a criminal offence.

Indeed, to apply for a EPSL one must have evidence of a very robust survey effort and mitigation proposals must follow industry guidance, like the Mitchell-Jones (2004) Bat Mitigation Guidelines.

These guidelines describe in detail what kind of mitigation might be appropriate in different circumstances, as well as information about general bat ecology and survey efforts. The guidelines are summarised well and provide a useful point of reference for developers’ applications and the planning authorities whom assess them.