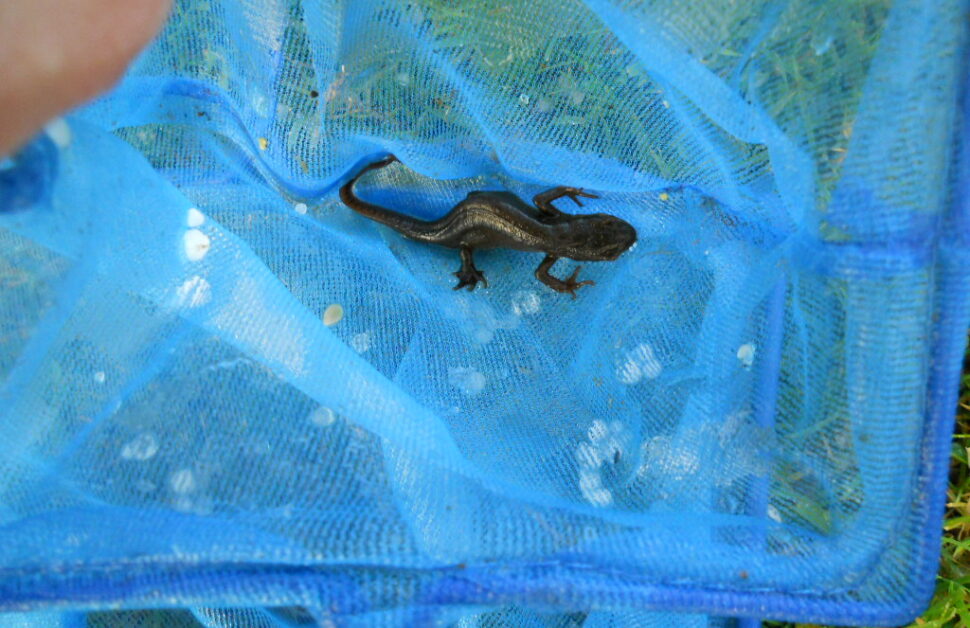 Cutting the Red Tape? How about feeding it through the shredder…

French genomics outfit, Spygen, have developed a discrete environmental DNA sampling and analysis technique for a variety of amphibious and aquatic species, including the great crested newt (Triturus cristatus). Natural England and DEFRA have jointly funded the research, led by Spygen, Durrell Institute for Conservation and Ecology at the University of Kent and the Freshwater Habitats Trust.

The sampling technique involves taking pond-water samples and preserving them for analysis. In turn, this will provide negative data to confirm absence – actually, in science you cannot confirm absence, only remark that absence is highly probable – in which case, no further surveys are required. Alternatively, presence will be proved beyond any doubt and can inform the design of mitigation in conjunction with further surveys.

“We estimate that a single visit by a consultant and e-DNA analysis is likely to be less than 20 per cent of the costs of conventional multi-visit surveys that often have to be carried out when looking for great crested newts.  This is a new technique and industry will need to make a risk based judgement when considering whether to use this test or conventional presence and absence surveys.”

And NE’s press office issued this statement in March this year:

“The results show that the test can be more effective in confirming the presence or absence of great crested newts than a combination of conventional survey techniques.  However a conventional survey will still be required where there is a need to obtain an estimate of how large a population is.”

In England only, for now

At the time of writing, Scottish Natural Heritage and Natural Resource Wales have not made any statement as to their position and whether they would be willing to accept GCN licence applications on the basis of eDNA sampling. We expect an announcement from both organisations imminently and will update this news article once we have further information.

What are the costs and limitations?

Where the habitat quality at your site is good, but your eDNA analysis comes back negative, this could potentially save you from thousands of pounds of costs in further survey effort and as well, many months of delays. That this new technique is relatively low-cost makes it all the better received by our clients.

Arbtech have used eDNA sampling at a number of sites recently, in both Surrey and Cheshire, and in both cases have saved our developer clients considerable time and expense in phase 2 newt surveys, that otherwise their respective local planning authorities would undoubtedly have insisted upon. The new detection technique can still only be used between the month’s of March and June, because it relies upon environmental-DNA evidence left behind in pond-water, secreted through the newts’ skin during the breeding season.

Nevertheless, it significantly reduces the cost and delays associated with your great crested newt presence/absence surveys, often triggered by a habitat suitability index score of average or better. It also means that presence or probable absence can be established right up until the end of June, which traditionally would have been too late for you to start surveying.

For newt surveys, Arbtech charge from around £400 plus VAT for an eDNA test per pond, which is nominal in comparison to the four-to-six days’ of bottle trapping, egg searching and torchlight searches that are normally required to establish probable absence, in addition to our walkover survey. Costs may vary according to the size and number of ponds to be sampled at your site (costs per sample can be significantly reduced for larger sites). If you have any questions or would like to discuss how eDNA testing might benefit your site, please contact us.