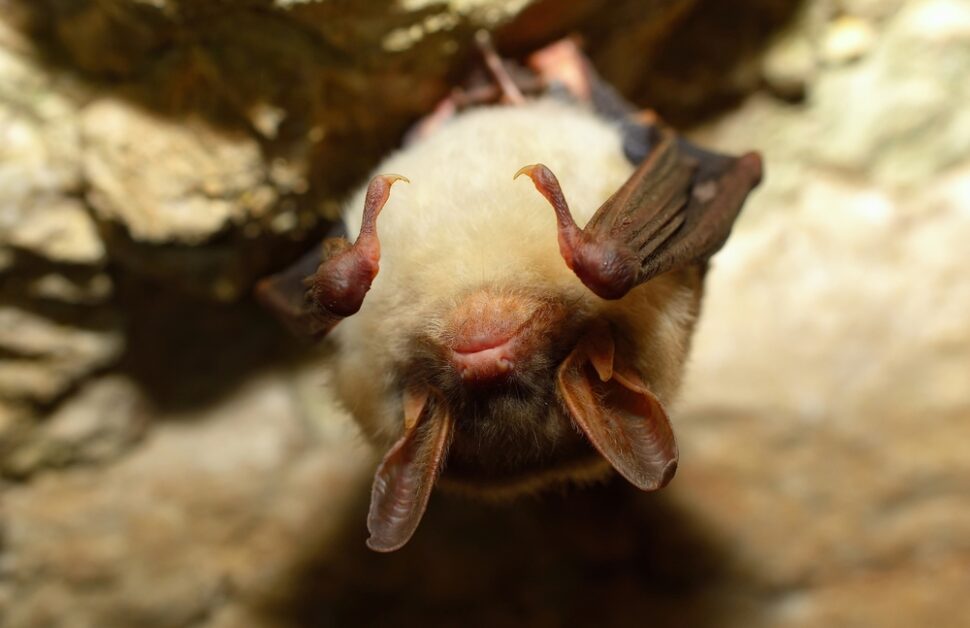 As bat ecologists, Architects often ask us whether it is appropriate to incorporate the use of a breathable roof membrane (BRM) into a development project. We normally advise that they should not used when bats are encountered. Why? Increasingly used in modern buildings due to their energy efficient nature, BRMs help developers meet current insulation standards. BRMs possess the ability to allow water vapour to exit the roof void, without any liquid water being able to penetrate the other way – sort of like how GoreTex works in an outdoors jacket. Previously, traditional methods such as the combination of felt and ‘air bricks’ were used, to prevent any water vapour build-up. BRMs are produced using layers of non-woven materials that are then bonded through pressure and heat; a long polypropylene fibre is used to produce the outer layer and it is this that has caused concern amongst bat workers. Although common, most people don’t realize that due to substantial habitat loss over the last 100 years, some species of UK bat now rely predominantly on man-made structures for shelter and roosting.

What are the issues?

There are three main issues that could potentially affect bats, arising from the installation of a breathable roof membrane:

For ecologists this is by far the most concerning aspect of installing a BRM. Although not legitimately confirmed through peer-reviewed research (to date), anecdotal evidence strongly suggests that bats are becoming trapped in the fibre weave of breathable roof membranes. Stacey Waring, a researcher at the University of Reading, is currently undertaking a research project on this very subject and the evidence gained strongly suggests bats do get entangled. You can read more in her blog here.

Naturally, a traditional felt lined roof will have very different thermal properties to a breathable roof membrane. Further research in roosts that have been changed from a traditional felt to BRM needs to be undertaken. It is however likely that temperature and humidity will be affected (Waring, 2013).

Again, peer-reviewed research is absent in on this topic, but again, anecdotal evidence suggests that damage to the membrane occurs when bats’ claws become entangled. This causes something called ‘fluffing’, where the fibres of the membrane fluff up to form a cotton wool like texture on the membrane’s surface. Other concerns are the oil in bats fur, urine and droppings causing the BRM to lose its breathable properties. This in turn could cause damage to the roof membrane and reduce the effectiveness of its wicking (Waring, et al, 2013).

Which BRM’s are suitable to use when bats are present?

The simple answer is, none! Current best practice is avoid using a breathable membrane in a roof that you suspect bats may be using. Traditional bitumen felt (although having its own issues) has been used for over 100yrs, with only a minor number of reports of bats becoming entangled or by the nature of going about their business, reducing its effectiveness. Put simply, if bats are suspected to be present in a roof, following re-roofing or a demolition of an older building for example, traditional roofing felt should be used. Although there is an increase in the use of the breathable roof membranes, current Building Regs still allow the use of a traditional felt, normally known as a ventilated roof system. Jenna Buss, from Natural Resource Wales comments: