Anyone who lives in the bottom corner of the country will gladly tell you that things are getting pretty cramped down here. The South East is one of the most densely-populated areas in the UK – the most populated according to Wikipedia, the third most according to the Office of National Statistics – and we need more houses, a lot more.  A report by Savills says we should be building another 160,000 homes in the next five years, if everyone is going to have a roof over their head. The problem is that, for every new housing development that pops up, a whole chunk of green space disappears. And with that dwindling green space we lose plant and animal species, we lose woodlands – sometimes ancient – we fragment habitats, making survival harder for other flora and fauna, and we reduce our own resilience to events like floods and heat waves.

Competing interests: the economy and the environment

While a dash to develop may solve the short-term housing issue, the bigger picture suggests that wiping out the environment on our doorstep in favour of bricks and tarmac is not the brightest idea we’ve ever had. In fact, it’s so bad that the planning system represents the same view in no uncertain terms. Section 40 of the Natural Environment and Rural Communities Act 2006 was developed with the specific purpose of entrenching sustainable development throughout public sector decision making. 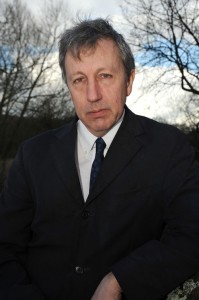 There are a lot of good words in the legislation, like enhancing, restoring, and conserving, and they are all related to the treatment of biodiversity when planning new developments. But actual practice doesn’t always bear this out. Dr Tony Whitbread is the chief executive of Sussex Wildlife Trust. He says since the introduction of the act, they haven’t really seen developers doing anything differently. ‘There are good systems out there.’ He says, pointing to Holland, where green spaces go in first and the houses later – cycle ways, wetland absorption areas and so on are planned initially and the houses go in the spaces left. ‘It would be a great shame if the impetus to merely throw houses up quickly means that good design gets lost. The discussion is always about housing numbers and we’re losing perspective on quality. Development can be part of the solution.’ However, even if new developments do meet the highest environmental standards, there is still the problem of quantity. Oxford reportedly requires an extra 30,000 houses by 2031, yet the council insist there is only space for 7,000. Tony says ‘meeting demand is not a planning strategy because demands and wants are infinite. Planning for the future includes demand management: Managing for what’s available. The need for sustainable development is just as strong as ever. Living within environmental limits, that’s the top of the list. We can’t live outside of that.’

So how do we move forward from here?

To start, redevelopment of existing sites can be prioritised to protect remaining open spaces. Stronger regional policies can be used to spread wealth outside of London and encourage people to spread out across the entire country, and a cultural shift towards more space-efficient multiple-use buildings. Even a cultural shift towards development for the benefit of ecosystem services rather than to their detriment would be a good way to begin. ‘Whatever happens,’ Tony says, ‘developers and policy makers need to start with very good ecological information. They need to know what’s there. First class ecological surveys are the first requirement and from that an enhancement plan, not just what you’re going to damage but how you’re going to enhance it. That’s the challenge. That is the policy in the national policy framework, that’s what we should be doing, not minimising loss, but making it better. Make it difficult for me to object. Make that a reality.’ 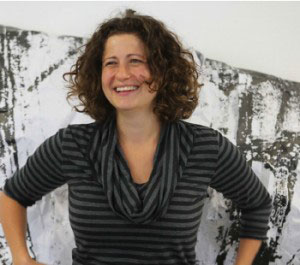 Sarah is an award-winning environmental journalist and editor and has written for The Guardian, Green Futures, New Statesman and The Ecologist. She loves chocolate cake, muddy puddles and dinosaurs.