There are two European protected species of reptiles in the UK – the sand lizard Lacerta agilis and the smooth snake Coronella austriaca. There are 4 other species that are more widespread and protected under UK law. These are:

Arbtech undertakes reptile surveys for clients across the country, and with the optimal survey season fast approaching in 2017, we wanted to review a few cases of surveys and mitigation measures we have conducted and implemented to allow our clients projects to go ahead, whilst following best practise and ensuring not legislation is contravened.

The site that had all four common species (and a bonus one!)

This site is in Surrey, well outside the normal range to find the two European protected species (sand lizard and smooth snake) and so by identifying all 4 species of common reptiles on this site – we hit a new Arbtech PB!

Surveys were conducted between May and into June in 2015 under good weather conditions. Approximately 250 refugia in the form of bitumen felt squares were placed around the entire site, which was a golf course, at the edge of suitable reptile habitat. These refugia retain heat and so provide an excellent refuge for reptiles to warm up in the morning and evenings. These refugia were checked early in the morning, before the reptiles were able to sufficiently warm up and move away.

Over the course of the seven site visits to check the 250 refugia, all four common species were recorded on the site. Multiple slow worms were found clustered under the refugia, as well as grass snakes and adult and juvenile adders. Common lizards were found basking on top of the felts rather than underneath. All four species on the site was a record for Arbtech, but not unexpected for the location, size and habitats found on the site. 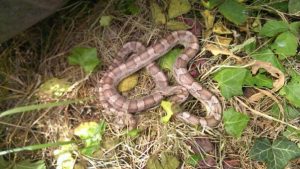 There was even a bonus species identified on this site, something unusual and something that made our ecologists pause . . . a corn snake was found resting under one of our refugia! The snake, clearly not native and very obviously tame, may well have been an escaped/released pet. It was retained and taken to the local reptile rescue centre.

So, not only did Arbtech’s surveys identify all 4 common species of reptiles on this site but it also managed to identify a bonus species!

Appropriate mitigation for sites with reptiles

If a site is confirmed to have a presence of one or both of the European protected species sand lizards and smooth snakes, then the site will require a European Protected Species Licence from Natural England before any works can take place.

If one or more of the more widespread species are found on a site then, depending in the population size (as uncovered by the surveys) and the impacts, certain avoidance, mitigation and compensation measures will need to be implemented. 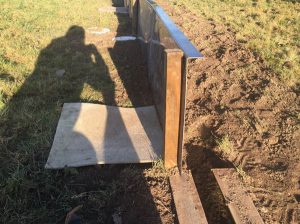 Herpetofauna fencing with a newt bridge and refugia carpet square.

We are currently involved in a site where following liaisons with our client and the county ecologist, we have secured an agreement for any reptiles found at one of our sites to be translocated to nearby ancient woodland. This reduces the impacts on the reptile populations and allows for our clients development to take place. 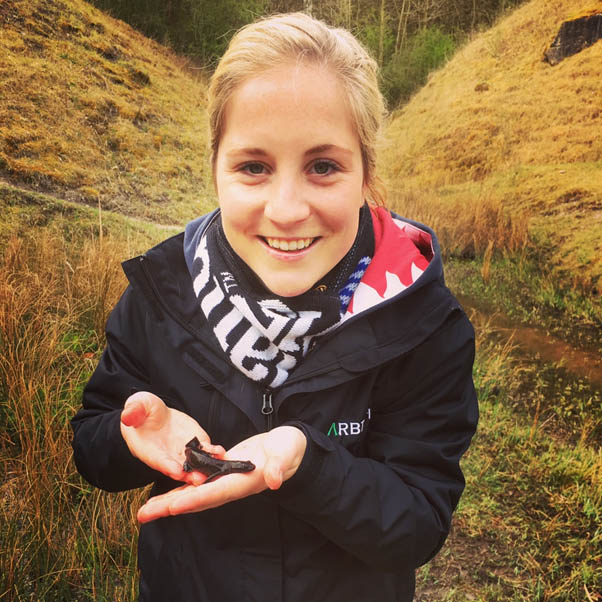 Lauren is a keen gym-goer, hockey player, and horse rider. She read biology and animal behaviour at Exeter and has since completed a masters by research (MRes) at Bristol, during which time she met David Attenborough and swam with tiger sharks in the Great Barrier Reef! (“All part of the research”… apparently!)